Here at Evosus Software, we believe in loving where you work. We scoff at the idea of work being boring and jobs being a necessary evil. We laugh at the concept of tolerating co-workers. We pity those that dread going to work and despise what they do. How can we not? At Evosus, we foster a company culture of positivity and gratitude. We encourage collaboration and welcome feedback. Laughter is heard daily at the office (usually from Development) and employees are regularly plied with doughnuts, zucchini, and other goodies. This happy work environment is apparent year-round, but especially during our annual company event, Spirit Week.

Yes, you heard that right: Spirit Week. It's not just for jaded high schoolers -- it can also be a great excuse for companies to celebrate milestones and have fun. Apart from that, there are actual business reasons why having a happy company culture is beneficial to your business: studies have shown that work culture directly impacts productivity. A happy work environment reduces stress on employees, leading to a lower turnover rate and better company performance. Everyone wins!

Evosus holds an annual Spirit Week event at the beginning of every August to celebrate corporate milestones and reward employees for their hard work. This event doubles as a team-building exercise, allowing for camaraderie to develop between our staff. During Spirit Week, we also hold a company-wide scavenger hunt that pits department against department. A little competition has never hurt anyone, right?

Like I said before, we have fun year-round at Evosus Software, and the week preceding Spirit Week was no exception. Not only did we have a company barbecue during Spirit Week to celebrate the end of Q2 but we had a tie-dye event the Friday before in preparation of Tie Dye Day. All employees brought a clean white shirt, left the air-conditioned office building, and stood outside in the hot, blazing sun so they could tie-dye a shirt for the upcoming day. 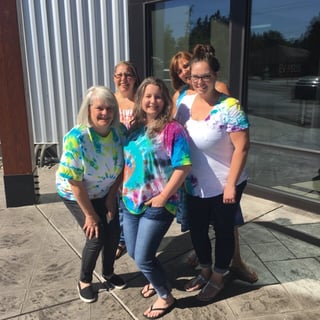 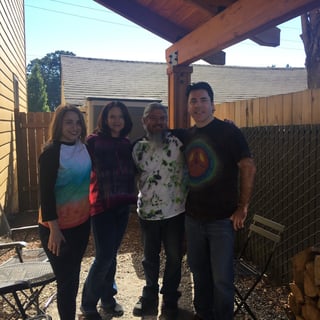 Evosus Spirit Week opened with Tie Dye Day, which had everyone looking groovy. 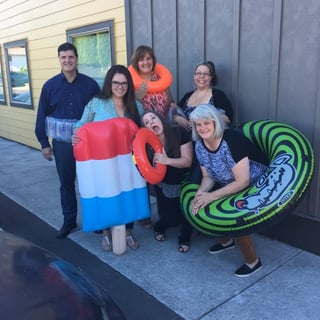 The second day of Spirit Week was Flotation Device Day. You might say that people had fun with this day.

Floatation Device Day was also Evosus's birthday (8/1). On this momentous day, everyone at Evosus celebrated sixteen years of success with cupcakes. Here is what Corey Holton, company founder, had to say on this special day:

Got this cupcake today. It's a special cupcake but not because of the sprinkles. This cupcake represents 16 years in... 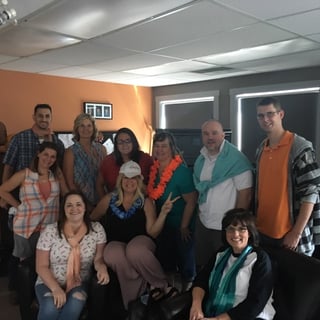 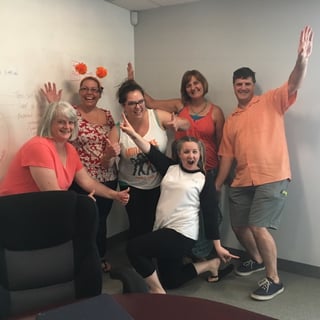 Orange & Teal Day was a little difficult, because how many orange and teal clothing items does the average person own? Regardless, Operations and Client Success came through. 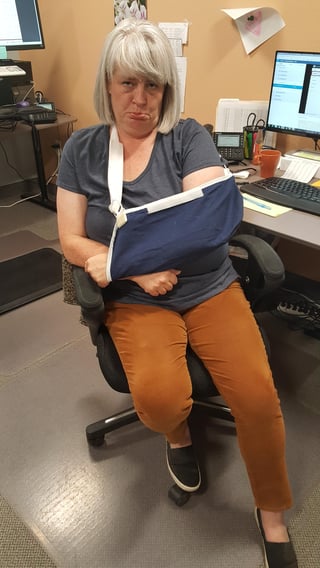 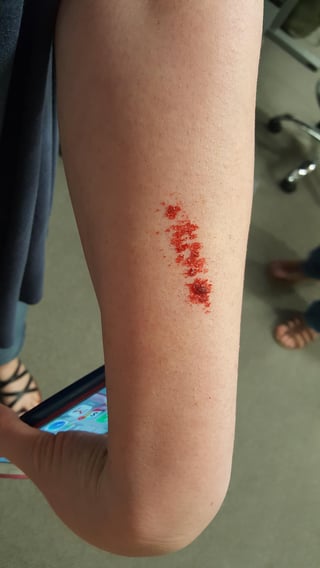 Did I say a little competition never hurt anyone? 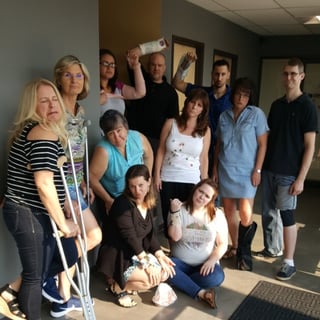 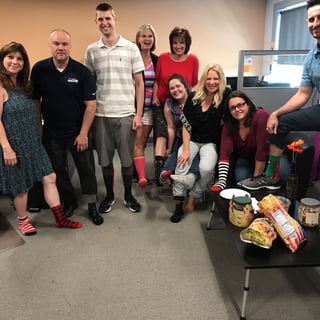 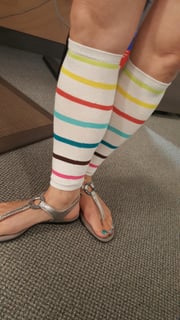 The final day of Evosus Spirit Week was Crazy Sock Day. Once again, Client Success (center) went all out, but Operations (left) did none too shabby. Meanwhile, Melissa Beatty (right) decided to wear footless socks, which some might call legwarmers. 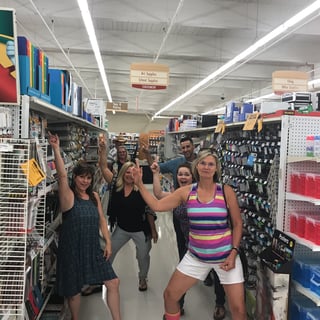 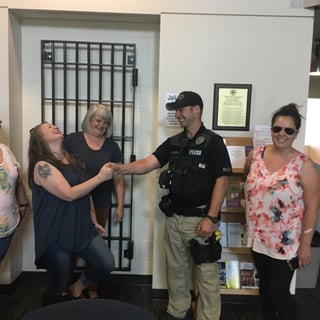 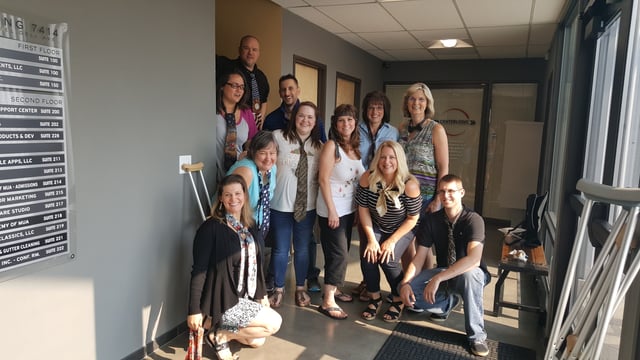 Alongside the themed days, each department competed in a scavenger hunt using the GooseChase app. For those of you unfamiliar with GooseChase, this app allows you to organize scavenger hunts using smartphone technology. These games come with missions, such as attending a specific event, for each participant to complete. After completing a mission, the participants unload evidence -- videos, photos, GPS coordinates, you name it -- into the GooseChase app for points. Whoever ends up with the most points wins!

In Evosus's case, it was department versus department. Each team competed in the scavenger hunt by taking group photos of completed missions. These missions were pretty ranged from zany (standing under a light) to ridiculous (flash mob).

Can you guess who ended up winning the scavenger hunt? (It was Operations). 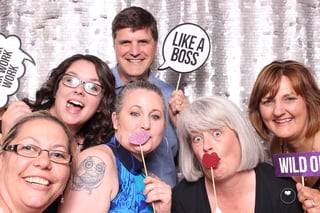 How does your company celebrate?